Howdy, I'm Lunar, that guy who is always working. Today I'm bringing you something very special. Originally I was only planning to change a couple of things for map 2. However, with the relentless positive feedback provided by our amazing community, it has fueled me to go above and beyond.

You will keep anything purchased from our store besides multipliers. If you won a rank from a crate in game, message me on discord so we can transfer it to map 2.

Here at Spaceprison we offer a unique pickaxe enchanting system. With season two coming up, I've decided to add some new enchants, and scale old ones up. The two enchants are Mega Key Finder which will allow you to randomly find Apollo key pouches while mining. The other enchant I've added is Annihilator which is similar to jackhammer, but it nukes a huge chunk of the mine instead of a single layer. On top of this, most of our enchants capped at around level 3-5, which is now changed. Almost every enchant can go up to, or around level 10 now. On season 1, it would take your average player 30 million gems to max their pickaxe. What about season 2? Well, lets just say it's a bit over 100 million gems to max it now. Pickaxes can get very very insanely OP on this map. On top of this, we have a command known as /cs on the server which will allow you to open the crystal shop. Crystals are obtained from leveling up your gem pick. Previously, it was capped at level 25. Season 2 I've changed it to max at 30. That's 5 more crystals up for grabs if you're down for the grind. 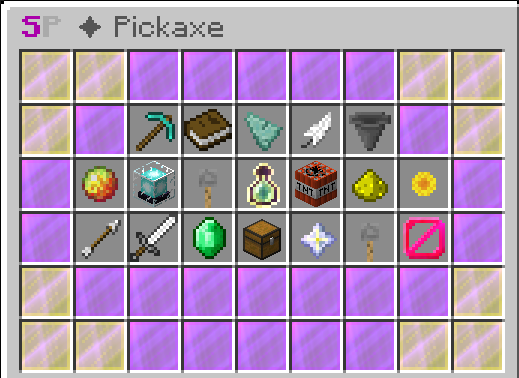 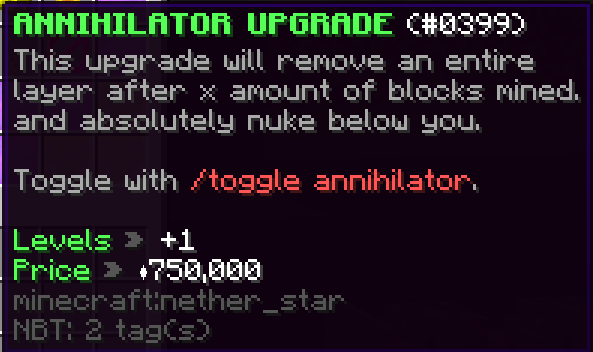 This is a topic I've always found somewhat touchy and an annoyance. Multipliers are cool and fun, but can make the game too overpowered for the beholder. With that said, I've went ahead and made the max multiplier a 5x. Previously this was capped at 10x I believe, which is just too much. This can be obtained from a crate, or alternatively from the max rank. We will feel out how OP or un OP these are, and make further adjustments in future seasons.

Cosmetics on season 1 were cool, but they didn't have any spice. This is all changed in season two with a completely new and fully custom cosmetic system. Now, the only way to obtain cosmetics is from the battlepass, prestiging, and the all new cosmetic crate which ill talk about further on in this post. The main things you need to know about season 2 cosmetics is that once they're obtained, you keep them forever. You will not lose them in future maps, they're kept for life. I will be constantly adding new cosmetics every map. Additionally, tags will be the same for season 2. If you obtain them, you will keep them forever. On future seasons, I will be changing every single tag on the server. This means if you obtain a tag on a previous season, it will be unique and new players can never get them again.

Plots are something I've been wanting to add to our lovely server, but I figured they could wait. The wait is now over, I've went ahead and added them in for season 2. Once you reach the 10th prestige you will unlock the ability to claim plots. Every 10 prestiges after that you will receive the ability to claim an additional plot. If you're able to reach prestige 50 before the season ends, I'll allow you to transfer over 1 plot of choice to a new map. This excludes chests, hoppers, and any other item on the plot that holds an inventory.

Additionally, the seasonal building competition has been moved from cells, to plots. This way we can keep cells as a competitive zone, while plots can be a fun hangout area for players.

I've also went ahead and added a plot hub. This means any player on the server can go to /warp plots which will be the base, and or spawn area for plots. I've claimed all the plots around the plot spawn, and will auction them off at the price of 10 Trillion dollars each. So if you feel like flexing and buying board walk on monopoly street, it's time to race to 10t. This is a huge thing that has been needed to be changed for quite some time now. In season 2, I've completely revamped all the crates. The main points I need to inform you of is that when you receive something like a permission, or a cosmetic from a crate, it will no longer give you duplicates. Once you roll that item, or if you already have access to that item, it's impossible to roll it a second time.

Another great thing I did was scale all the crates out majorly. They now offer much better rewards, with actually fair chances. Season 1, the chance to get some of the items was a bit iffy, but now it's completely fair, and I really think you'll enjoy it.

In season two I'm introducing a donator rank crate. This means I've removed the chance to get a voucher from every crate in the game, and instead replaced it with the ability to get a donator rank crate key. This is a much more fair option, and will prevent flooding the rank market. If you obtain a rank from this crate, you will keep it permanently. I only require you to send me a DM on discord once you get a rank so that I can run it through the store to make it a permanent thing. 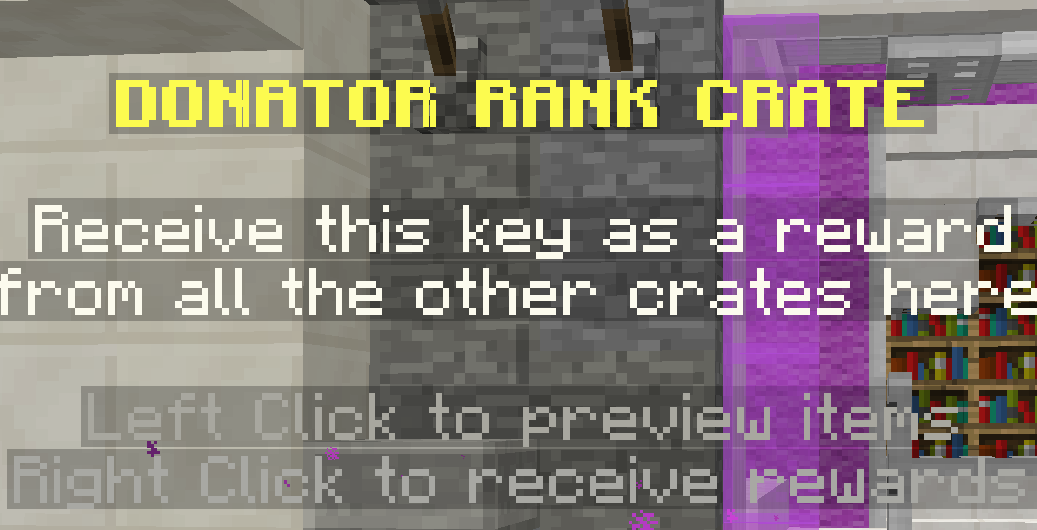 The season two cosmetics are somewhat like toys, that contain flex attributes. This means, cosmetics are actually pretty sick, bro. I've decided to limit them to only being obtained from crates. The cosmetic crate can only have 27 different unique cosmetics at any given time. When you obtain a cosmetic from this crate, you cannot get it again as a duplicate. This means if you get 27 cosmetic crate keys in week 1 and open them, you will obtain all 27 cosmetics. Every single week of the map I will be switching the crate out for 27 new cosmetics. This means if you missed the cosmetics in the crate on week 1, you can't get them again for the rest of the season. You will want to be opening 27 crates weekly, to get every cosmetic in the game. This adds rarity, uniqueness, and absolute fire to the server. Who doesn't want rare perks? I've found that auto miner has become a huge problem, and allows people to afk for hours on end. We do not wish to promote such behavior on the server. With that said, any and all outlets to obtain auto miner time has been extremely reworked. Instead of receiving days of auto miner time, you will get much less. But it also has other benefits such as the fact I majorly increased sell prices for auto mining. It's stronger than before, we just allow you to have less access time.

You guys have been suggesting this relentlessly, and of course, I've listened. I went ahead and added over 25 new, custom pvp enchants. You can obtain these with /enchant. All pvp enchants will cost you tokens, rather than money, exp, or gems. This way, tokens actually have a solid purpose instead of being used for the dinky shop we previously had.

When you purchase a PVP Enchant book, it will give you a RANDOM enchant, meaning you cannot choose which one you want. On top of this, the enchants will randomly generate a success and destroy rate. This means once purchased, it has the ability to break and disappear on apply. To prevent this from happening, we've added scrolls that increase the success rate, and block it from ruining your armor and weapons. You can obtain scrolls from prestiging, crates, and our store.

I'm not actually finished with season 2 yet. Everything above is done, and working flawlessly. But I plan to add much much more before we release. So I will be periodically updating this post with new things. Keep checking it out for updates. Thank you, love you all.

Howdy boys n girls, time for a quick middle of season 2 intermission. I've done a lot of updates and feel like this post will be pretty long, make sure

Over the the last week or two I've been working on a ton of updates for the server. I've only implemented a handful of them, and will be rolling out

We strive to be a top prison server. We always put the community, and the player first. If the community wants something changed, we change it. If they want something added, we add it. The player feeling at home is our goal.

On our store we offer a wide variety of packages, ranging from as small as a cosmetic tag, all the way up to a full Rank Package that includes shops, mines, with tons of perks! Each donor rank will grant access to progressively better perks!